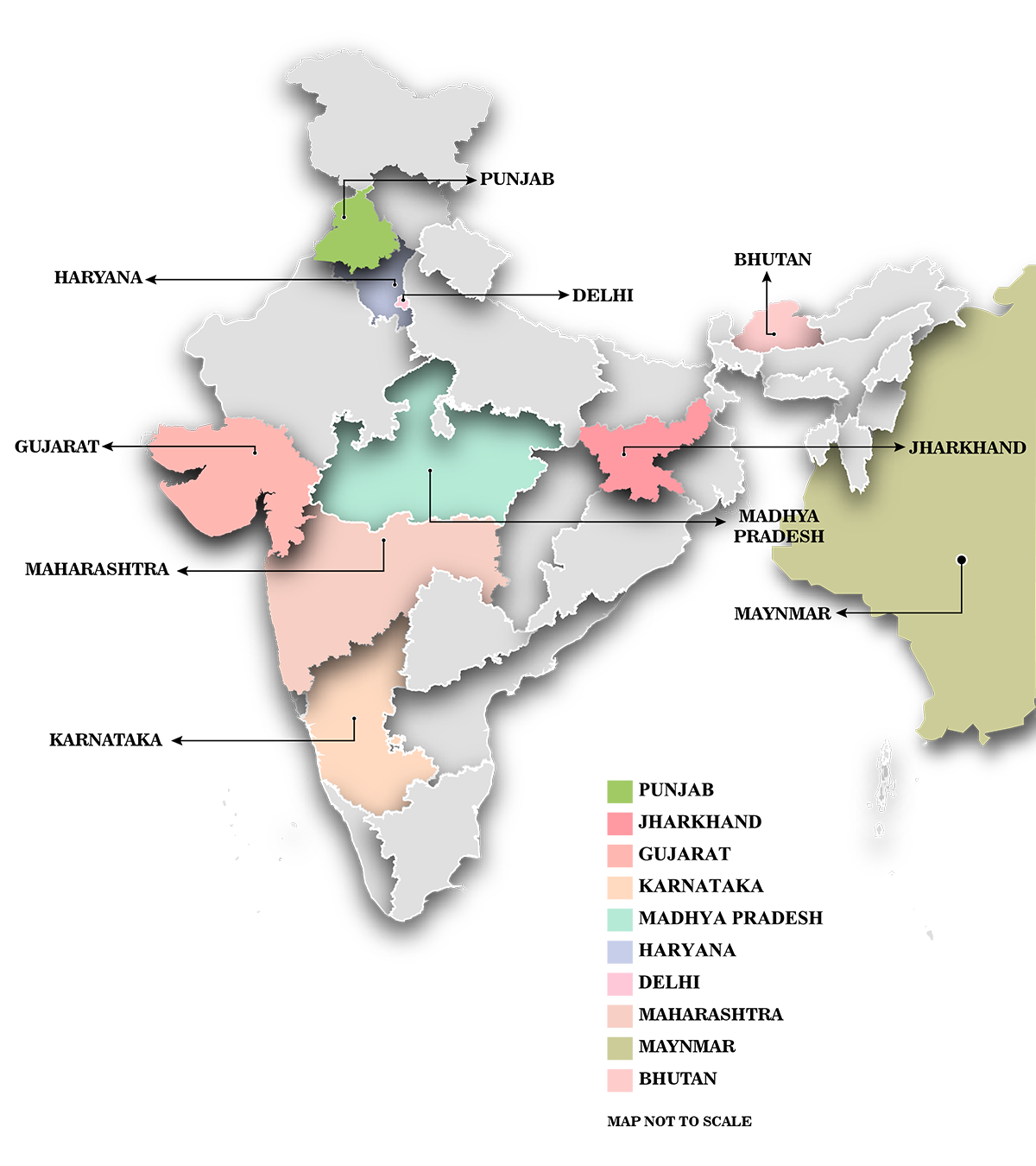 We are working in areas of water-energy-agriculture nexus, groundwater conservation, livelihood security and environmental sustainability in India. We are also working at a scale to promote climate change adaptability and water sustainability in India along with capacity building on such issues in Bhutan and Myanmar. In Delhi and Haryana, our work includes building water stewardship programme with Global Agri-business Alliance and InterContinental Hotel Group (IHG). Additionally, we also conducted study on environmental and socio-economic impact of Better Cotton Initiative (BCI) in states of Madhya Pradesh, Punjab, Maharashtra and Gujarat. Moreover, our projects also feature developing partnerships to provide modern extension services to farmers to improve water productivity, income and climate risk management in state of Jharkhand, Gujarat and Punjab.

Punjab is known as the Food Bowl of India, having semiarid climate and highly season monsoon precipitation, contributes to 27-40% rice, 55-65% wheat, and 18-25% cotton with just 1.54% of total geographical area to the central pool. Intensive Agriculture has led to severe Groundwater depletion.

More than 82 per cent of the Blocks have over-exploited their Groundwater resource. Groundwater table is falling at the rate of 70 cm per year. The State’s Power subsidy bill is increasing at an alarming rate.

Gujarat located on the west coast of India has 54 per cent of its total area under agricultural production. The strength of Gujarat’s Agricultural success have been attributed to diversified crops and cropping patterns. Over-extraction of Groundwater has led to its depletion especially in areas of North Gujarat. Water table has fallen by more than 80 cm in the last 30 years. The per hectare energy use is more than three times the National Average.

Jharkhand is a mineral rich state with geographical area of 7.9 million ha. The net sown area of the state is only 2.58 million ha. Though the average annual rainfall in Jharkhand is above 1,300 mm, almost 80 per cent of the rainfall is lost as Runoff. Poor distribution of rainfall causes frequent agricultural droughts. Almost 54 per cent of the rural households lack access to safe drinking water and the state falls in low category of improved water supply. Majority of farmer lack irrigation facilities, leading to mono-cropping with paddy.